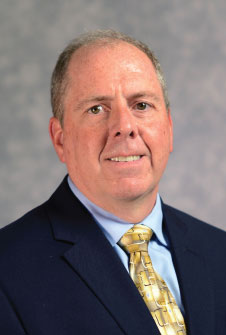 Dr. O’Connor comes to KCU from Creighton University in Omaha, Nebraska, where he served as provost and chief academic officer, and professor in both the College of Arts and Sciences and the School of Medicine. At Creighton, Dr. O’Connor spearheaded the merger of two academic divisions focusing on the creation of cross-campus collaboration and heightened communication. Additionally, he worked to restructure the university’s research infrastructure to better support faculty, interdisciplinary, basic science, clinical, and translational research and scholarship opportunities. While at Creighton, he also worked to establish the Center for Interprofessional Practice, Education and Research, which encourages cross-education between different doctoral and graduate programs.

Prior to Dr. O’Connor’s tenure at Creighton, he held several positions at Quinnipiac University in Hamden, Connecticut, including dean and professor of Biomedical Sciences for the School of Health Sciences; professor of Medical Sciences at the Frank H. Netter, MD, School of Medicine; and executive director for the National Institute for Community Health Education. While there, Dr. O’Connor also served as head coach for men’s cross country.

Dr. O’Connor earned a Doctor of Philosophy from the Department of Pharmacology and Neuroscience at the Albany Medical College Graduate School of Health Sciences in Albany, New York; a Master of Business Administration in Health Care Leadership from Yale School of Management, Yale University in New Haven, Connecticut; and a Bachelor of Science in Biology from State University of New York at Albany.

Dr. O’Connor has served on the board of directors for Catholic Health Initiatives (CHI), an organization consisting of 15 hospitals and more than 150 physician practice locations nationwide and was involved in helping CHI become an academic health system in the Nebraska/Western Iowa geographic region.

In addition to authoring many publications, Dr. O’Connor has served in leadership and committee positions on the local, regional and national levels, holds membership in several professional societies and is the recipient of prestigious honors and awards.