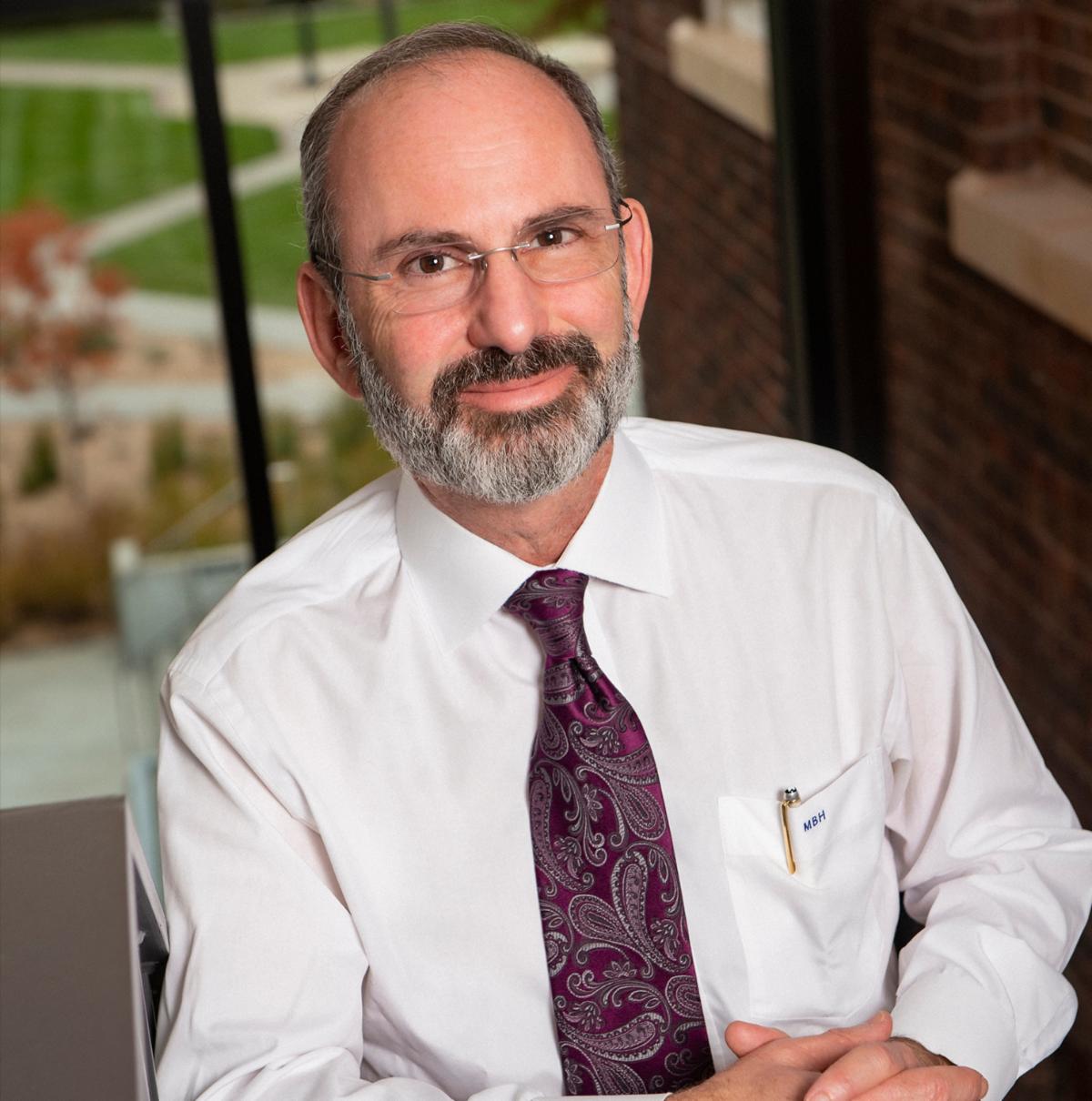 Under Dr. Hahn’s leadership, KCU has undergone tremendous revitalization through renovation of the Kansas City campus, expansion to a second campus in Joplin, Mo., planned development of a College of Dental Medicine on the Joplin campus, and strengthened relationships with the surrounding communities.

Marc B. Hahn, DO, became the 14th president and chief executive officer of the Kansas City University of Medicine and Biosciences (KCU) in July 2013, after serving as KCU’s executive vice president for academic and medical affairs, provost and dean of the College of Osteopathic Medicine since October 2012. As president and CEO, he leads the largest medical school in the Midwest, which is a key educator of physicians and scientists for both Missouri and Kansas, and the tenth largest medical school in the nation.

Dr. Hahn came to KCU from the University of New England (UNE) in Biddeford, Maine, where he served as senior vice president for health affairs and dean of the College of Osteopathic Medicine from 2009 to 2012. Prior to his tenure at UNE, Dr. Hahn served as senior vice president for health affairs at the University of North Texas Health Science Center at Ft. Worth and dean of the Texas College of Osteopathic Medicine for nearly eight years. He completed his residency training in anesthesiology at the Walter Reed Army Medical Center in Washington, D.C., and a fellowship in pain management at both the National Institutes of Health in Bethesda, Maryland, and Georgetown University in Washington, D.C. Dr. Hahn then became the chief of pain management services at Walter Reed and also served as a faculty member at the Uniformed Services University of the Health Sciences. While an officer in the U.S. Army Medical Corps, he served as anesthesiologist for two U.S. presidents, Ronald Reagan and George H.W. Bush.

After several years in private practice, Dr. Hahn returned to academic medicine as chief of the Pain Medicine and Palliative Care Division, and professor of anesthesiology at the Pennsylvania State University College of Medicine in Hershey, Pennsylvania, from 1995 to 2001. Penn State granted Dr. Hahn a year-long sabbatical so that he could serve as a 1998-1999 Robert Wood Johnson Health Policy Fellow; in that capacity, he was a health policy advisor to the U.S. Senate Committee on Finance (Sen. William Roth, chair).

Throughout the years, Dr. Hahn has served on numerous committees for various commissions, agencies and organizations. He was the first osteopathic physician to be elected president of the American Academy of Pain Medicine; served as the chair of the Board of Deans for the American Association of Colleges of Osteopathic Medicine; and was co-chair for the notable Blue Ribbon Commission for the Advancement of Osteopathic Medical Education. Special appointments include: site inspector for medical school accreditation for the Commission on Osteopathic College Accreditation; appointment to a key Medicaid Advisory Panel by the Governor of Texas; and member of the Institute of Medicine’s Planning Committee for Graduate Medical Education. Dr. Hahn is currently a member of the Civic Council of Greater Kansas City; serves on the board of directors for the Kansas City Area Development Council and the Greater Kansas City Chamber of Commerce; and is a Trustee of MRIGlobal (Midwest Research Institute).

Dr. Hahn has lectured extensively at national and international meetings. He has published numerous abstracts, book chapters, reviews, editorials, scientific papers and textbooks. He also has received scientific grant funding through various sources. His textbook, Regional Anesthesia: An Atlas of Anatomy and Technique, was recognized as the Best New Textbook in Clinical Medicine by the Association of American Publishers.

As president of KCU, Dr. Hahn has overseen significant growth of the university, including opening a second medical school campus in Joplin, Missouri, to help address the area’s primary care and rural health needs, and starting a new doctoral program in clinical psychology to meet our country’s growing demand for behavioral health professionals. He also has been responsible for building a new Center for Medical Education Innovation that will provide students with the latest in simulation technology and training, and for advancing plans to open a new College of Dental Medicine in Joplin to increase access to oral health care for underserved patients in the region.