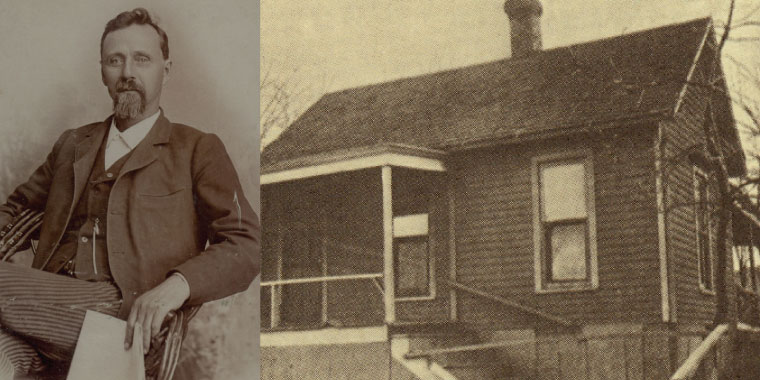 “On October 3, 1892, the first class assembled in a small house that served as a classroom. The American School of Osteopathy had a home.”

The line from the book Go to the Prairie signals the official start a new type of medicine envisioned by Andrew T. Still, MD, DO. The author of the book, Marshall D. Walker, DO, is a graduate of Kansas City University of Medicine and Biosciences. 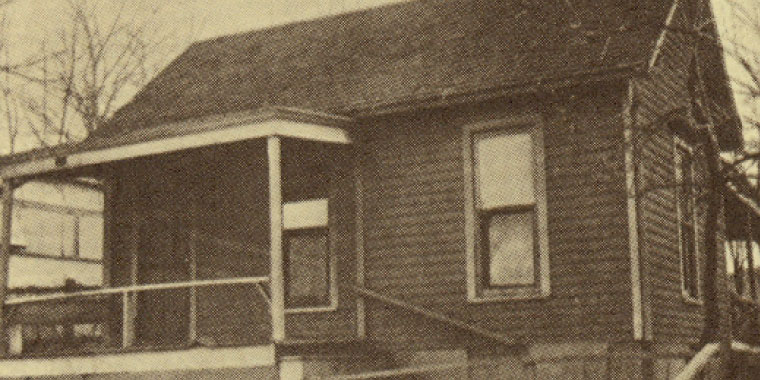 The first class in the American School of Osteopathy consisted of only ten students. They would meet in a small, two room schoolhouse in Kirksville, Mo.

"The osteopathic philosophy embraces mind body and spirit," said Marc B. Hahn, DO, FAOCA, President and CEO of KCU. "It focuses on wellness and prevention and proper nutrition and proper exercise, along with all the accepted philosophies of medicine, surgery and obstetrics."

Today, while Doctors of Osteopathic Medicine work in hospitals, primary care medical offices and specialty facilities across the globe, the beginning of osteopathic medicine can be traced back to Still, and the great loss he suffered at home.

The year was 1859. Still’s first wife, Mary, died six months after the loss of a child days after birth. During the Civil War, Still enlisted in the Union Army where he organized a Kansas Militia Company before being promoted to the rank of Major. Still and his family narrowly escaped the violence of Confederate leader William Clarke Quantrill only to face another enemy, spinal meningitis.

In February, 1864, Still’s seven-year-old daughter Susan was the first to succumb to the disease. Still’s oldest son, Abraham, was next, followed by his 13-month-old daughter, Marcia Ione. All three children died in a 16-day period.

The loss drove Still to look for better treatment methods for patients. Walker writes that Still was convinced that, “all remedies necessary for health existed within the human body."

Nearly three decades after the deaths of his children, Still opened his osteopathic medical school. He struggled initially. Reportedly concerned his students lacked a true understanding of the osteopathic philosophy, Still at first decided to close the school. But a local priest challenged Still to continue the process by “raising the intellectual standards of the students” admitted to the school.

The school remained open and classes would grow in size. By 1896, the number of students increased to 102 and Vermont became the first state to grant osteopathic doctors licensure and the right to practice in the state.

Other schools soon followed, including Kansas City College of Osteopathy and Surgery, currently known as KCU, opening in 1916.

"On that foundation of osteopathic medicine, we will continue to build other health related programs," Dr. Hahn said. "We will expand our science programs and will continue as our mission says, to improve the well-being of the communities we serve."

This year, KCU opened a second campus in Joplin with 162 medical students. Plans are also underway to build a new state of the art simulation center on the Kansas City campus. Faculty and students continue to make major contributions to important medical research. Programs such as Score 1 for Health and Global Health Track provide students with hands-on patient experiences.

Today, the American Association of Colleges of Osteopathic Medicine (AACOM) represents the 33 accredited osteopathic medical colleges. The schools educate more than 27,000 future physicians, 20 percent of U.S. medical students in the 2016-17 school years. While this medical philosophy grew out of great loss, osteopathic medicine continues to have a tremendous impact on thousands of physicians and countless patients around the world.

After a one-year hiatus due to the COVID-19 pandemic, KCU Score 1 for Health and OneSight continued...

KCU Research Symposium is "A Day of Discovery"

Kansas City University of Medicine and Biosciences celebrated science with its annual Research...

University moves to ease financial hardships due to COVID-19 The Board of Trustees of Kansas City...